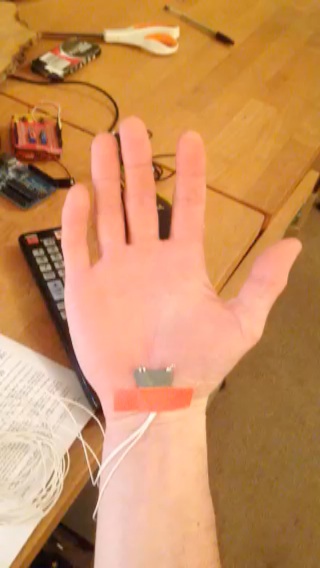 For The Ruling Class at the Trafalgar Studios I made some “Electric Hands” using some tiny Lumileds and a modified version of my wireless dimmer project. The result is a really bright and tiny strobe. The video shows one of the prototype units. The final version were mounted to two elasticated wrist straps and was used in part of a programmed sequence.